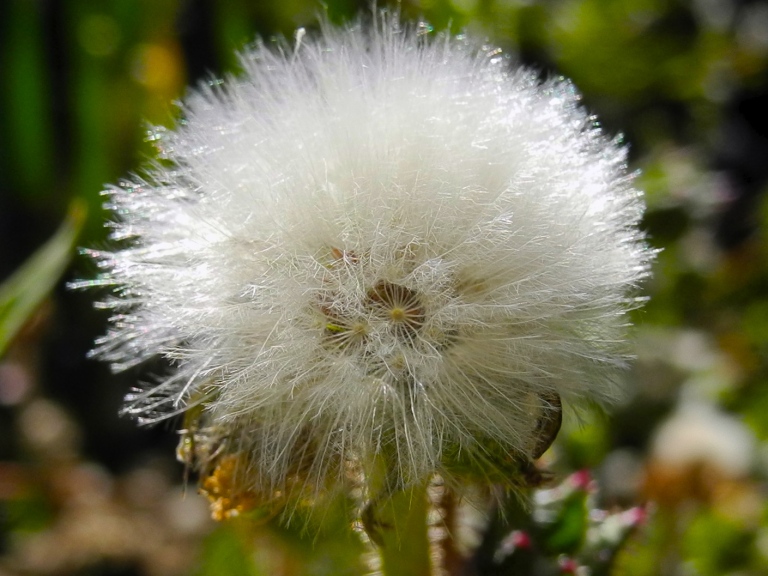 Finally the grey dawn came to announce morning and the weed seeker opened her eyes, brushing aside the sleep that had offered no escape from the thoughts that chased each other round her head all night long, muddying the waters of respite and reflection until it was not longer possible to be calm. In a tired haze she looked around and blinked to clear her vision and then she saw. There were cracks surrounding her. They were deep and craggy as they fanned out in all directions, threatening to crumble all they touched, but with no defined destination in mind. The cracks were suddenly so familiar that they must have always been there, but they had been invisible to her because of the weeds. The dancing weeds had caught the light and bent with the song of the wind and had distracted her until she could no longer see what lie underneath.

So she started to dig. She dug up the weeds which had distracted her and lulled her into a softened stupor, a silliness of sorts that allowed for ideas to float in the air, and thoughts to meander away into musings. Those thoughts were unable to support the hard light of reality. She needed hard solid things now so she dug trenches and holes, making boundaries that should not be crossed. She became a soldier, fighting a fight that some said could not be won, but she could not stop fighting. It was who she was, so she fought on.

She made progress, but still there were more battles to fight and she’d decreed herself the general. The others were eager to leave the difficult decisions up to her and let her lead, but that made her weary. So she went inside and closed her eyes. There were too many hard things in her world and she could no longer shut them out, so she took a rest. She imagined a better world each morning, one that would not dissipate by mid-day, as it had so often of late, and become out of reach.

When she resumed her place in the world, she saw the cracks clearly, but they were no longer the only important part of the landscape before her. The weeds too had their place. They were of purpose, and although they still caught the light and danced in the breeze, their purpose was as hard and tangible as the earth and the cracks within it. The weeds were there to grow, to thrive and to inspire others to do the same. The cracks would always be there, deep and confusing, sometimes disruptive, but on any particular day, sunny or not, they could become a home for a loosed weed seed to sprout in.

And so on this day, the weed seeker came full circle. She came out of the dry cracked earth and rose up to see a balanced world with both hard and soft, good and bad, painful and beautiful. She had truly seen. And now she had hope that she could continue to see the inspiration that grew free and wild everywhere, even in the cracks. She promised herself it would be so.

One Reply to “Eye Have Seen”