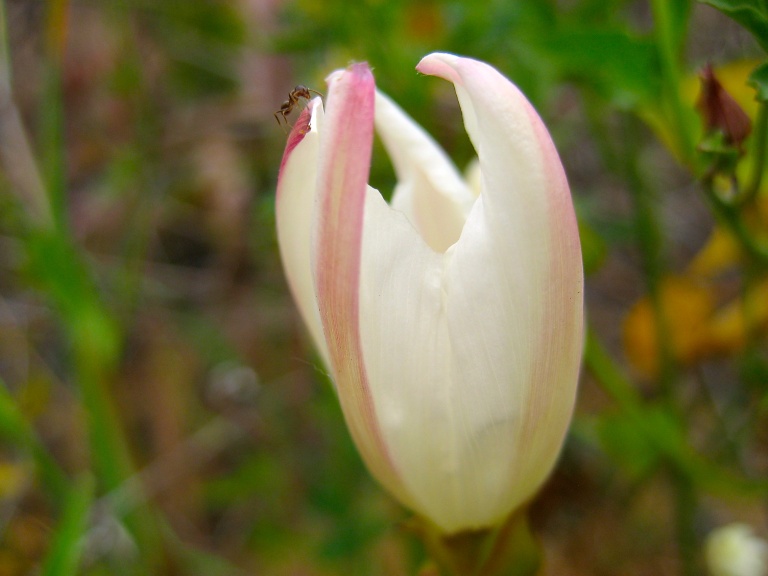 The explorer never abandoned his post. He was reliable and trustworthy. He always worked diligently on the right task at the right time. If you knew where he was supposed to be at a certain time of day, you could always find him there, if you chose to check up on him. The explorer had earned his reliable reputation after years and years of obedience and honesty. Everyone knew the explorer could be trusted, so they never bothered to check on him anymore.

One day, the mist held fast over the landscape and refused to give it up until well past noon. Just at that mid-day point, the explorer, who was busy deciphering a complex code of pheromones, was struck by a sensation that was totally new to him. It was a sense of … longing … for something … different. The explorer was perplexed. This new desire was something so unrecognizable to him that he thought it must be all in his head. He shook his wee head, and the sense of longing remained. In fact, it seemed as though it was even stronger than just a moment ago!

The explorer looked around and confirmed that he was alone, just as he’d thought. All the other “junior level” explorers had abandoned their posts to scavenge for food. They were always under the impression it was lunchtime. So, once the explorer was satisfied that no one was in sight, he paused his work. He lifted up his body and twitched and prodded at the air with his antennae, trying to pinpoint the source of this new sensation. He picked up on something new and refreshing in the air. It was a sweet scent that evoked longing. It was so sweet and pure and haunting that it seemed to sing to him a bewitching song that lilted in time with the eddies of the air.

The scent called to him and asked him to follow it, and find its source. Although the newness of the scent was surprising, the challenge of deciphering a puzzle was very familiar and the explorer welcomed the task with obedience. He became quite excited and confident that he would succeed, as this was just what he was suited for. Immediately the explorer set out, leaving his previous task unfinished.

The scent was quite easy to follow and the explorer made quick progress over the rough terrain.  It grew stronger as he passed under a canopy of low growing plants and at last he made his way up a hill. The scent now seemed to come from a very specific direction, but the explorer was perplexed. The scent seemed to be coming from straight up, a direction that did not make sense to the explorer, as all his study subjects had been on ground level. In his previous experience nothing interesting had been up high before.

Today was a new day, however, and the explorer felt he was breaking new ground, in fact he felt he was just at the beginning of something quite new and important.  He looked up to see a creamy white egg shaped container of some sort waving at the top of a slender stem. The explorer carefully and skillfully climbed the pliant swaying stalk and then up the side of the creamy soft container.

At last he reached the top where a pink hue blended with the soft white, and he peered over the side. A new world lay below him, a world of softness and whispers, of perfume and poetry. He was overcome with feelings of freedom, happiness and wonder, so far removed from his usual feelings of competence and obedience. The explorer had discovered his first flower. It was quite naturally, a weed’s flower.

A new world had just opened up for him, and he would come to learn so many new things now that he’d gained entry. He was looking at the face of a flower, but for the explorer, it was the face of freedom, a very beautiful sight.

One Reply to “The Explorer”