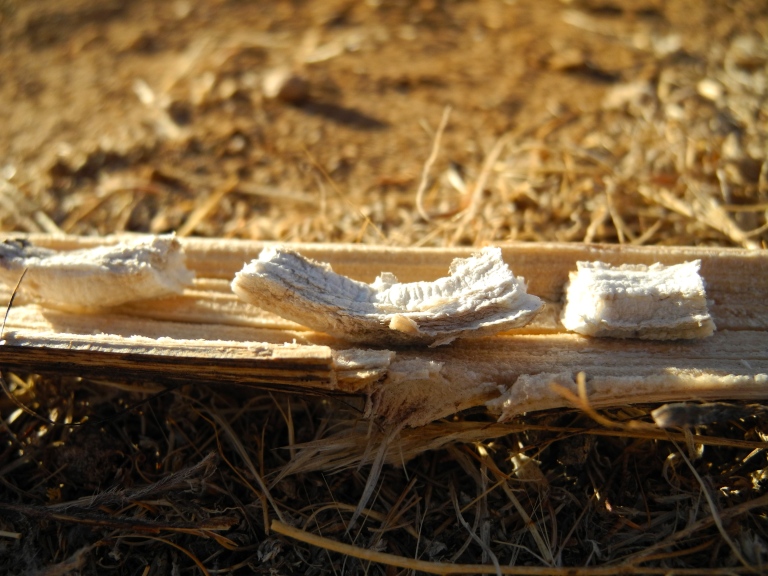 The tall Telegraph Weed was green and fresh months ago, or perhaps even a year ago. It spent its energy sprouting and growing and pushing deep into the earth. It claimed dominance over the lowly grasses and short lived weeds that grew in its shadow. It celebrated a long season of blossoms. It survived brush clearing, the drought of summer and heavy footsteps of hikers. It triumphed.

And then it grew tired. As suddenly as it had sprouted it was suddenly, overnight, tired. It drooped and became brittle. It bent under the pressure of wind and passing animals. Its roots deep down began to shrink and they lost their tight grip on the earth. But still theTelegraph Weed towered over all and was proud because it had grown so tall.

Younger weeds and new varieties seeded and sprouted in the Telegraph Weed’s neighborhood. The tall TelegraphWeed looked at the new varieties with interest and enjoyed the fresh green view they offered up, but he felt separated, different, somewhat unable to relate. He felt replaced.

One day a huge autumn wind came up and blew strong to bend all in its path, sideways. The young green weeds enjoyed the challenge and playfully bounced back to their upright stance when the wind paused but the Telegraph Weed could not. Once bent over he remained there. He felt bent was his new stance.

Soon an explorer came his way and tramped down on the plants and earth with no regard. Selfish footsteps planted their tread marks where they pleased. The Telegraph Weed fell to the ground, now more kindling than a living thing. His stalk split and with the passing forces of each new day it continued to separate and break down to expose the core of his stalk, the source of his life and strength above ground.

On this day, when this wide eyed weed explorer went seeking inspiration, I found an offering: the inner core of the Telegraph Weed, split further by the elements, arranged in the perfect balance of a life well lived.

Thank you, dear weed! How brave one must be to accept the different stages of life.